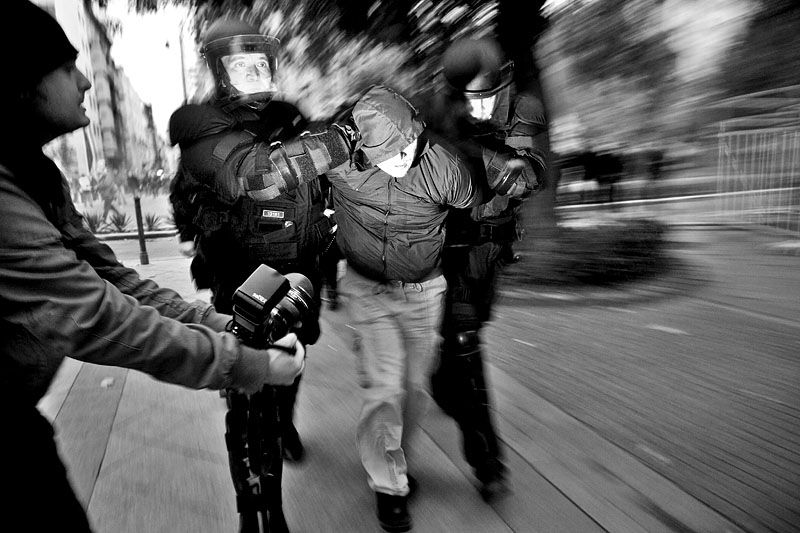 Posted by Janos Kummer (Budapest, Hungary) on 25 March 2009 in Documentary & Street and Portfolio.

Ferenc Gyurcsány, Hungary's Prime Minister called the supporters of the Hungarien Democratic Charter to a demonstration against the discrimination on Kossuth Square on September 20, 2008. Meanwhile the followers of the Youth Movement of the 64 Countries gathered on Heroes Square to condemn anti-Hungarien actions. Their hooded march from Heroes Square headed towards Szabadság Square. They attacked the Soviet memorial and had clashes with the police all over the inner city. Their was tear gas, cars on fire, dispersal of the crowd. 15 people were detained.

shoti from Everywhere in the, Philippines

Tells the story within the story. best...jerry

Well seen and better realized.
I love how you used the light flash from the other photographer.
Great shot
;o)

What a terrible and powerful serie !

Great capture at this sudden moment!